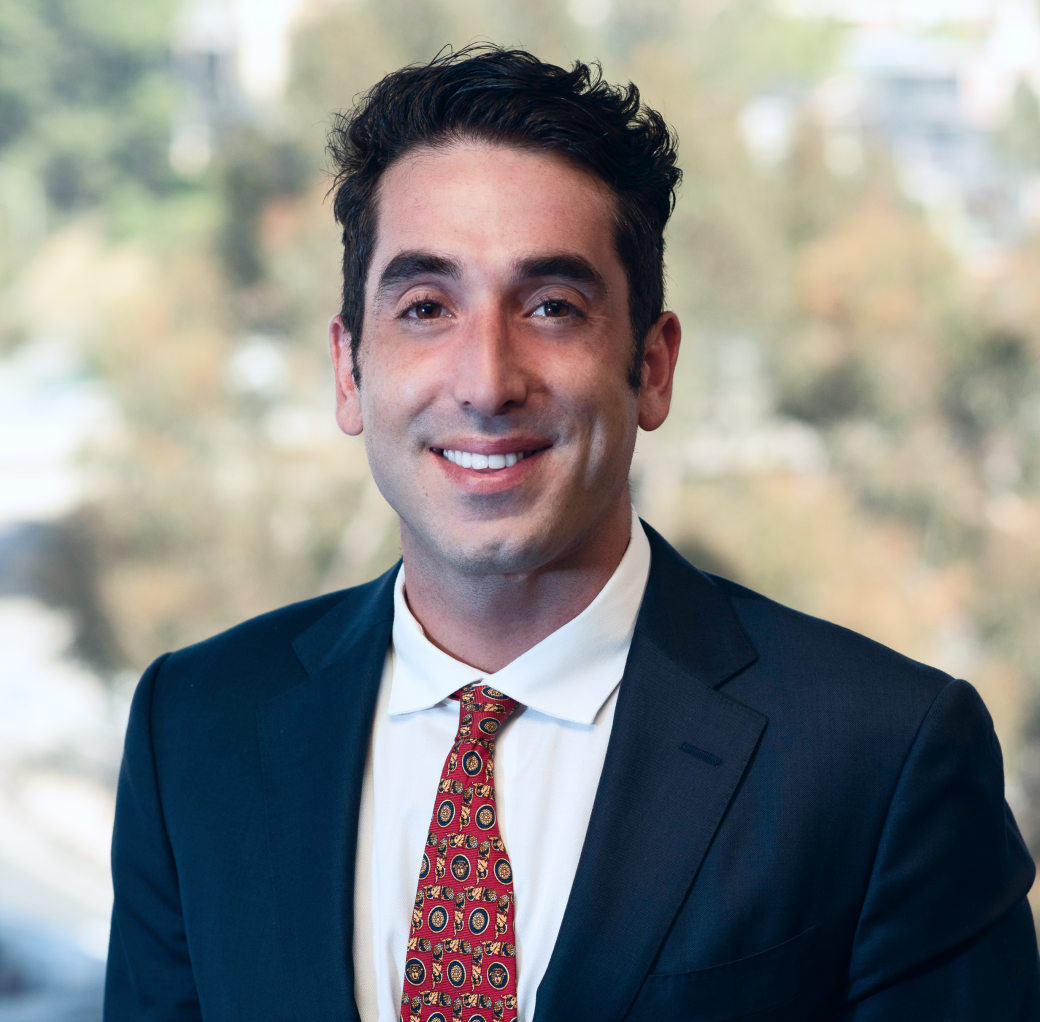 Vinny Agemian founded Agemian Law Group on the belief that everyone should have access to exceedingly high-quality legal representation, regardless of their financial means. Today, the firm proudly and skillfully litigates personal injury and employment law cases on behalf of our clients.

Our personal injury and employment law trial attorneys have successfully advocated on our clients’ behalf in cases ranging from Uber and Lyft car accident lawsuits, to wrongful termination, and much more. Agemian Law Group specializes in employment litigation and personal injury law, helping Californians win justice in a system that would be too challenging to navigate without the help of a knowledgeable attorney.

Hire A Personal Injury & Employment Attorney At No Up-Front Cost

Vinny Agemian knows what it takes to win, and that’s why he’s earned his reputation as one of the top personal injury and employment litigation attorneys in Los Angeles. His passion for taking clients on his shoulders and skillfully helping them navigate a legal battle is the reason why he became a litigation attorney in the first place. Vinny is proud to work for his clients on a contingency basis, meaning you don’t pay a single cent unless Agemian Law Group wins a settlement or judgement in your favor.

Learn More About Us

Vinny goes the extra mile for clients, and makes you feel like you have a teammate who’s personally invested in the successful outcome of your case.

Get the Maximum Financial Compensation

Vinny specializes in two main areas of law - employment law and personal injury law. He knows exactly how to argue your case and negotiate on your behalf to get you the sizable payment you deserve.

Don’t Pay Unless You Win

Think you can’t afford quality legal representation? Think again. We’ll take your case on “contingency,” meaning you only pay your lawyer out of the settlement funds you receive. There’s no downside to giving Vinny a call to see if you’ve got a case.

Our Clients Love Us

Vinny was referred to me by a friend who swore there's no better injury lawyer out there. Vinny was super helpful and down to earth. He was always available unlike other attorney who passed me calls to voicemail. He handled my car accident from A to Z, got me in a rental and my car repaired, and referred me to quality doctors.

Vinny was very attentive and thorough with our case. He was always available to answer any questions and provide us with updates. He came highly recommended and I am very happy we had the opportunity to work with him. Not all attorneys treat you with respect and give you the time of day, but Vinny is not one of these attorneys.

Vinny is efficient, proactive, compassionate and most importantly effective! I refer all my friends and family to him because I know they will be in good hands. Unlike my previous attorneys in the past, Vinny truly cares about each individual's well being and case. He makes the process stress free and gets everything done for you.

Vinny is the best in the business! I cannot speak more highly of him. He is kind and professional, you can tell he really cares for all of his clients. Within 24 hours of contacting Vinny, I was able to seek out medical treatment. Best of all, I didn't have to talk on the phone constantly with rude insurance adjusters!!!

Mr. Agemian is very informative. I had a free consultation and decided to retain Mr. Agemian to represent me. He did an amazing job. The office staff is also very organized and helpful. I will definitely recommend friends and family to use Agemian Law Group. Thanks again Vinny!

I got in a car accident and was referred by a family friend to see Vinny!
He came to see me the next day, ready to handle my case. Vinny took care of it all, left me stress free. My settlement didn't take long and the outcome was more than I could have ever asked for. 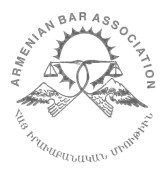 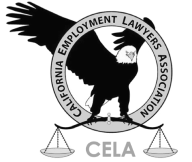 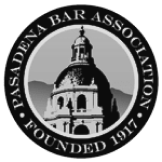 Unfortunately, as soon as someone is injured, an insurance company’s first instinct is not to take care of them -- it’s to minimize their liability. Something is terribly wrong when an insurance company can lowball and bully an injured person into accepting a settlement that does not rightfully reflect the damage done.

A skilled personal injury attorney can fight back against an insurance company, going toe-to-toe with them and anticipating the usual tricks they deploy to strong-arm a citizen who hasn’t retained a lawyer. A personal injury attorney is your firewall between you and an insurance company that will throw its resources towards trying to give you the smallest payout possible. Agemian Law Group can flip the script, and ensure that your settlement is appropriate for what you’ve been through.

Simply put, workers have rights in this country -- and all too often, employers fail to observe and enact the laws that protect workers’ rights.

From safety violations, to sexual harassment, to wrongful termination, or discrimination: employees are mistreated on a daily basis in California, and often they don’t realize that the law gives them an avenue to fight back.

If you’ve been treated unlawfully by an employer, an attorney can help regain monetary damages to help adjust the scales of justice back in your favor. A cash settlement doesn’t necessarily erase what happened to you, but it can be a big help when you’re trying to get back on track after an employer dispute.

What are the steps in civil litigation?

The civil litigation process follows a certain standard cadence and set of procedures. If your case does make it to trial, you’ll generally experience five main “phases” of the proceedings.

The steps in civil litigation are pleadings, discovery, trial, appeal, and enforcement.

During pleadings, each side makes a general summary of their complaint and outlines the relevant details. The complainant will specifically call out the legal basis for their actions, pointing to the law and demonstrating how the defendant fits into the picture. Then, the defendant will have a certain window of time to file an answer to that complaint, in which they can even counter-sue and make a complaint of their own.

During discovery, evidence is collected and dissected by both sides to find as much factual information as possible with which to prove their case. This can include testimony from third parties with direct knowledge of the matter. Because of the incredible importance of the evidence on both sides, discovery is typically the longest phase of the entire process.

During the trial, the evidence from discovery is neatly laid out in front of the deciding body, which is a jury and/or judge. Each attorney is given the opportunity to support their argument by calling witnesses or focusing on specific facts or evidence that is favorable to their side. At the conclusion of all presentations, the judge or jury will come to a decision about the winner of the trial.

During the appeal, the losing side gets a chance to ask an appellate court to review the findings of the trial court, if they believe that the outcome was not fair or correct. Appeals can take a long time to reach their conclusion in certain cases.

During the enforcement phase, the state of California will use its power to award and enforce the monetary damages appropriate for your case’s outcome.

What is civil litigation, exactly?

California Law is roughly broken up into two main categories: civil and criminal. Generally speaking, civil litigation focuses on recovering monetary damages, while criminal litigation seeks to use the punitive power of the state to administer justice, including through incarceration.

When you hire a civil litigation lawyer, you’re using their expert knowledge of the law surrounding the circumstances of your case, to demand justice via financial compensation for what happened to you.

You might be surprised to learn that most civil lawsuits reach a negotiated agreement, called a settlement, before ever making it to trial. That’s right -- in the vast majority of cases, you’ll never see the inside of a courtroom while making your legal argument through your attorney. Your attorney will strictly be using their persuasion, legal expertise, and wits to negotiate a monetary settlement on your behalf.

However, if both sides are truly “dug in” and cannot reach a settlement that satisfies both parties, the matter may proceed to trial.

Do I really need an attorney? Is it possible to represent myself if I want to file a lawsuit after an accident or workplace incident?

We get it -- you’re a smart cookie, you typically approach life with a “do it yourself” attitude, and you know your case is rock solid. Regardless, self-representation in legal cases is usually a recipe for disaster. Whether you’re dealing with the insurance company or opposing counsel, you’ll quickly find yourself being aggressively lowballed and out-maneuvered by professionals who are paid to try and steamroll their “opponent.”

Insurance companies in particular are notorious for quickly offering a cash settlement to claimants, who may not realize that their case is capable of bringing in considerably more. The injured person then sells themselves short and is left with little recourse.

Agemian Law Group will work on a contingency basis on your behalf, meaning that you get the full attention of a savvy civil litigation lawyer without paying any up-front fees. In fact, ALG is only paid as a percentage of your settlement earnings… and if you don’t win, you don’t owe us a dime.

Vinny Agemian is incredibly skilled at putting the insurance company to the test and pressuring them to pay the full amount of damages that they should be. We can confer with medical specialists to calculate your future -- even lifelong -- medical needs to determine your true expenses. We can even help prove in a court of law how your professional earnings were diminished as a result of your incident.

There’s nothing to gain by going it alone… but there’s everything to lose.

Fill out the form below to schedule a free, no-obligation consultation regarding your case.

The demoralizing 2020 statistics on harassment in the tech industry indicate that women continue to bear the brunt of unfair...

In this post, we discuss the different type of claims covered under California labor and employment laws.

Quick look of California's new labor laws in effect for 2021.